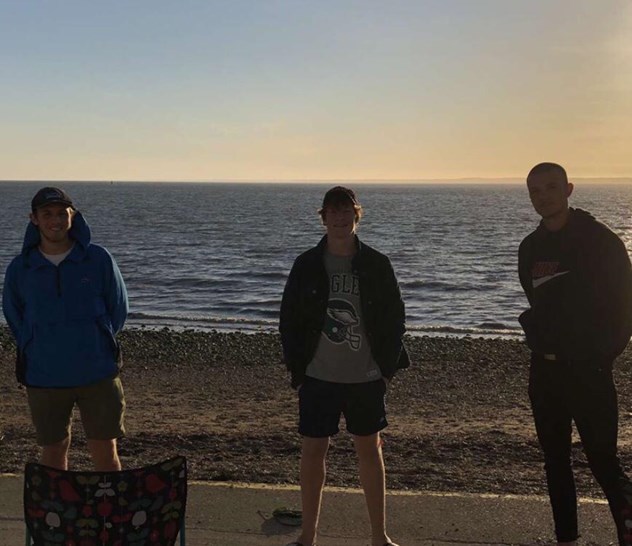 A recent round-the-clock marathon effort by three young men from the Cowes/Gurnard area raised a whopping £4000 in sponsorship for the Samaritans charity. Harry Elsom, Salar Bettum and Tom Blowers decided to run a 24 hour relay between them, starting and finishing at 6 am. Their stated aim was to complete 250 kilometres, or over 150 miles – approximately six marathons in total! Harry carried a quad injury into the challenge to add a further degree of difficulty.

“We knew it would be a challenge, but we were not quite sure how tough it would be as none of us had ever run anything of that distance before,” said Harry. “With only two weeks preparation for it, we knew we would be fighting against the odds. Thankfully everyone’s donations and all the messages of support spurred us on that day and night. Although we were gutted to have fallen short of our target by just 26 kilometres, we were chuffed by the amount of money we managed to raise. Thanks to everyone who donated to us – we aimed for £1000 to begin with, so to reach £4000 is fantastic!”

The trio are former students at Ryde School and play rugby for Isle of Wight RFC.

Samaritans' vision is that fewer people die by suicide. Every 90 minutes, someone in the UK or Ireland dies by suicide, and every six seconds, somebody contacts Samaritans for help.