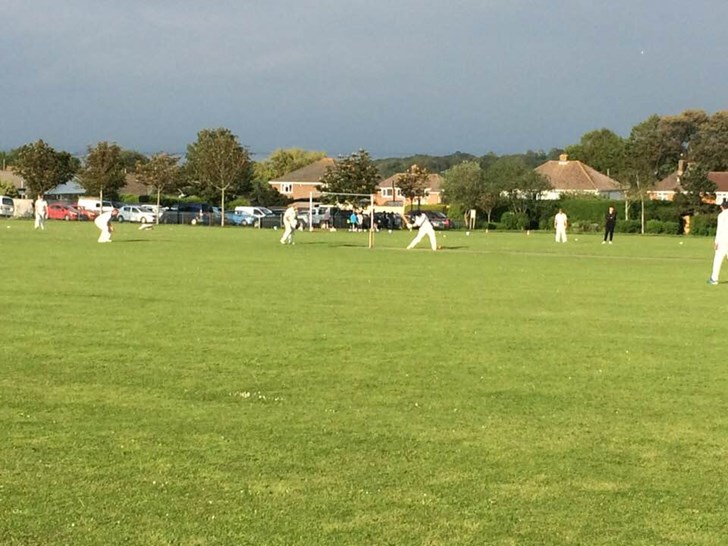 Summer activities continue at Isle of Wight RFC. The club held its second virtual AGM last week, reflecting on a pandemic-affected year and making plans for next season. Ollie Boulter stepped down after six years as chairman, and received several plaudits for his exceptional tenure. Club stalwart Stuart Browne takes over the reins. Nick Puckett, Kieran Leahy and Nick Joyce continue as President, Secretary and Treasurer respectively, while Steve Dixon takes over as Membership Secretary from Martin Newnham, who held the role for 10 years. A joint ticket of Alex Augustus and Andrew Brown takes over as First XV Captain, while Harry Elsom and Kaya Simpson will be joint Social Secretaries. Meanwhile, the tireless work of Dave Metcalfe was recognised by the RFU and Hampshire RFU during Volunteers' Week.
The club reopened their clubhouse and facilities, not with a rugby match, but by entertaining Carisbrooke High School Old Boys in cricket at Wootton Rec. On a sunny Friday evening, with socially distanced supporters enjoying a drink, IWRFC batted first and reached 105-6 from their 16 overs, Andy White top scoring with 35. The Old Boys response saw them home in 14 overs for a six wicket victory.  IWRFC then entertained Westover Park last weekend, reaching 85 runs mainly thanks to 45 not out from Ollie Boulter. Westover Park responded in knocking off the required runs in 14 overs to win by six wickets.
The club have two further cricket matches arranged on 18 and 27 June, and hold an O2 Rugby Touch session every Thursday in June. These sessions start at 6.45 pm and are open to anyone aged 14+, male and female.
Further social events around the Lions tour are planned. Senior men's preseason will commence in the first week of July, when the Wight Wolves women's team will also resume activities. Preseason games for the men are well into the planning stage, while the club looks forward to its first league game on 18 September.
Tweet
Tweets by @iwrfc