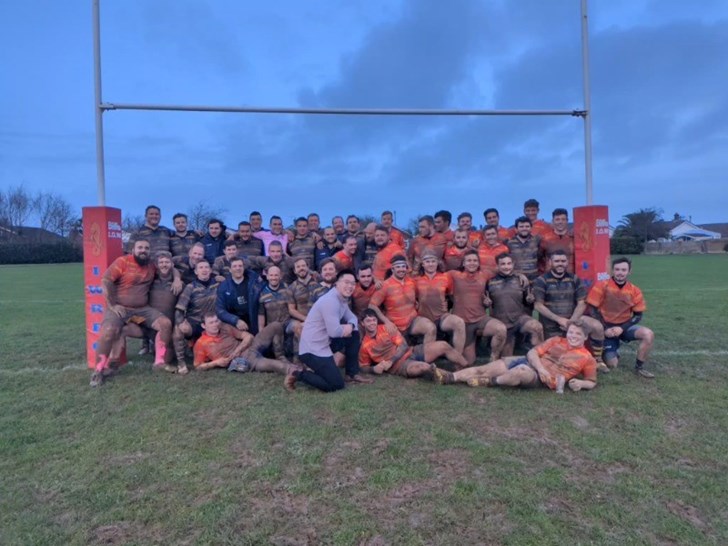 Isle of Wight RFC held their annual charity game for the benefit of Layla’s Trust at Wootton Rec, with match fees and a well supported raffle raising in excess of £300 for the Island charity.

A variation on the fixture’s usual format saw the club represented by players aged over 25, while the Trust fielded under 25s. With regular club players and former players home for Christmas, plus some guest players, two strong squads turned out. Premiership referee and former IWRFC player Adam Leal officiated. The IW selection started strongest in heavy conditions, Angus Brown charging down a kick and winning the race for the touchdown. His centre partner Ben Ridley added the second shortly after, followed by a score for the experienced Martin Newnham from the base of a close-in ruck. With Fountain Inn man of the match Mark Waterer pulling the strings, the over 25s continued to dominate and expansive rugby saw Rob Sice sprint in and add the conversion for a 22-0 lead.

It seemed set to be a one-sided affair, but the under 25s rallied before halftime as George Biles powered over and converted, leaving the score at 22-7 at the break. The exchanges were now closely fought with no further score in the third quarter, but the youthful Trust side had stamina to burn and took over in the closing 20 minutes, with Biffa man of the match Brian Fu to the fore. Pressure led to a converted try for Luke Blackman, and in the last five minutes, Will Hickman powered over, with his conversion narrowing the gap to a single point. The club side came under pressure in the last couple of minutes but their defence held firm on a day when rugby and Layla’s Trust were the winners. Emma Cotter of Layla’s Trust said: ‘Huge thanks to Isle of Wight RFC and its followers for their continued support of Island families – it is truly appreciated.’