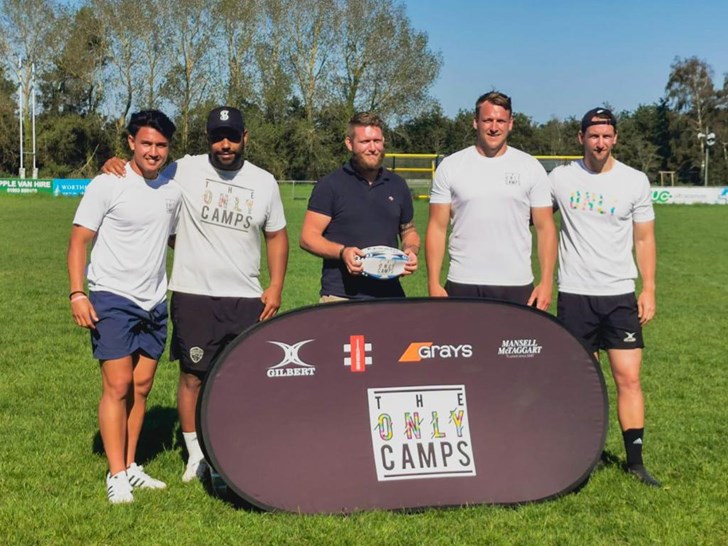 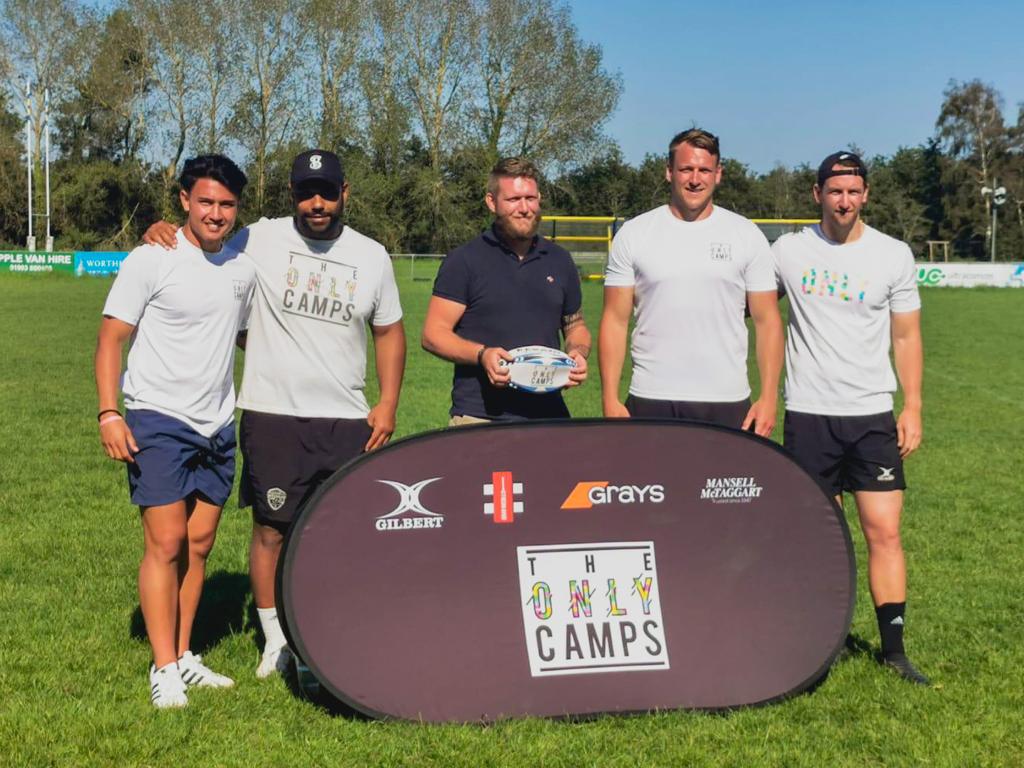 5 June 2021: Ian Puzey, Second Team Captain at the Isle of Wight Rugby Football Club, today joined The Only Camps in Worthing, West Sussex, as they hosted their third consecutive Rugby Superstar Masterclass for children in Year 3 - Year 12 across the South of England, and from further afield.  The Only Camps are leaders in offering expert-led sports camp coaching for 4-18-year-olds in Sussex.

Puzey met with Harlequins heroes Marcus Smith and Alex Dombrandt as The Only Camps delivered both a professional and enjoyable approach to development and a mixture of adaptive and closed-skill practice.

The Harlequins stars signed rugby balls and giveaways for auction in The Isle of Wight Rugby Football Clubs' upcoming charity event to raise funds for Layla's Trust, which supports seriously ill children and their families on the Isle of Wight.

The Mastterclass was run under the national governing body's COVID regulations, in line with current government guidelines. Children were required to sanitise their hands throughout the day. Social distancing was practised, when not playing sport, and food and drink could not be shared.