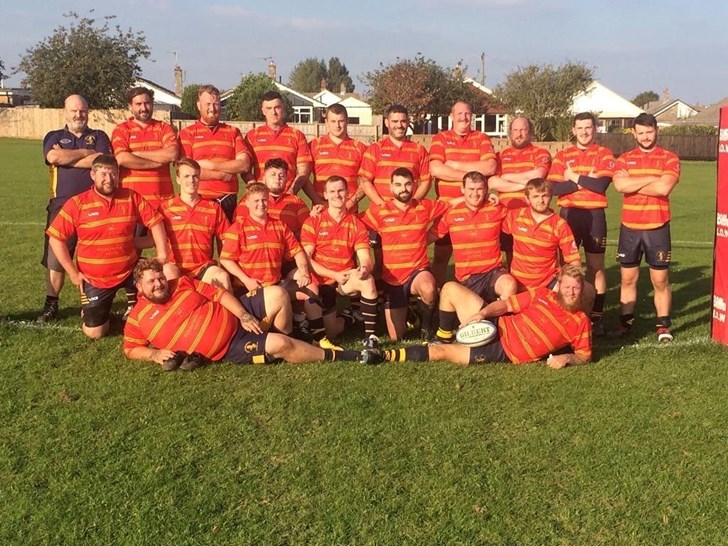 Isle of Wight RFC’s seconds belatedly began their Hampshire Three campaign with a good win against Alresford. After two cancellations on the opening league weekends, the seconds were excited to finally get on the pitch, with many of the squad playing their first competitive game in over 18 months, and a strong performance made it a winning start in their resplendent new kit. 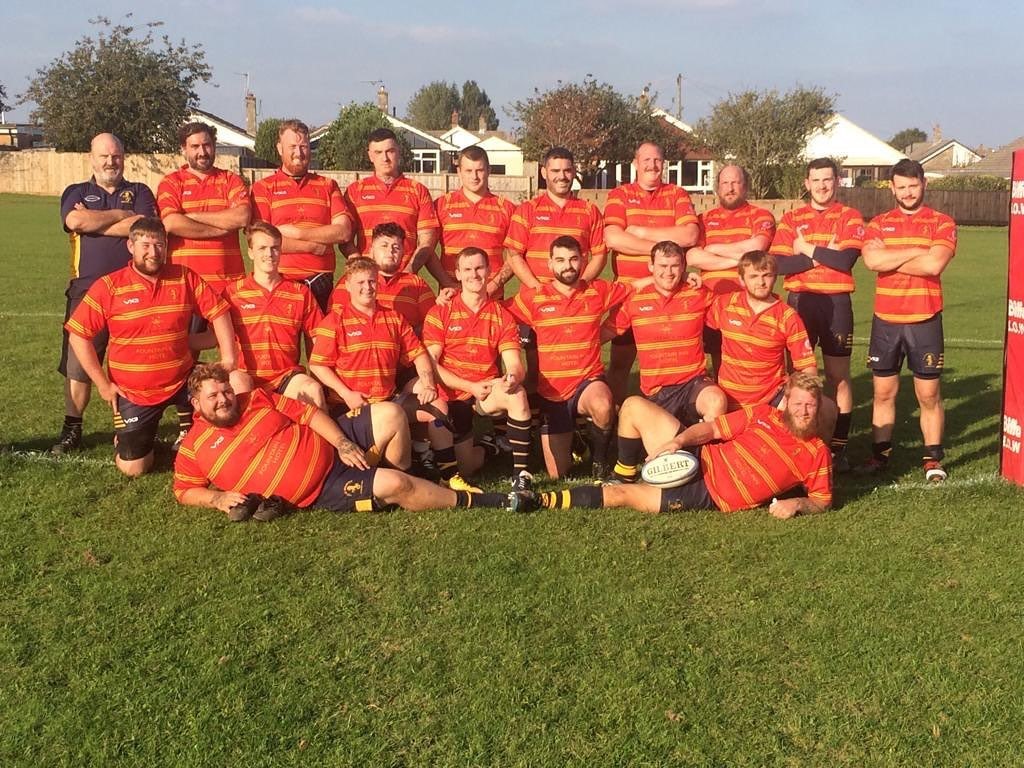 Alresford travelled with a strong but young side and had an ideal start in the glorious sunshine, as an IW offload went to ground and the ball was hacked through, a visiting player winning the race to touch down for a converted try. The home reply was swift, captain Ian Puzey leading by example and crashing over after strong forward carries by the IW pack.

It was indeed the IW forwards who largely decided this game, as they dominated their opposition from an early stage and never let up. Impressive driving play close to the breakdown yielded gains in ground, while the scrum was well on top, the inexperienced Shane Lavell impressing at prop. Meanwhile, IW also ruled the lineouts, Biffa man of the match Callum Pudney regularly spoiling Alresford ball. It was only a matter of time before IW took the lead, though this time it came through a back player, as a big scrum gave the hosts front-foot ball and George Huish needed no second invitation to scorch through for a fine score.

Alresford had a good spell in the later stages of the first half, stressing the IW defence and forcing some penalties, one of which was kicked accurately to narrow the gap. This was quickly cancelled out by a Huish penalty goal, before IW messed up a glorious chance to score another try just before half-time, at which point they led 17-10.

In spite of this and other missed opportunities, IW picked up where they left off and spent the majority of the second half in Alresford territory, Fountain Inn man of the match Andi Raunigger standing out in an all-action display. There was a large helping of good fortune in their next score though, as Huish sliced an attacking kick, but the bounce favoured Cameron Browne who showed great pace to race in and give IW breathing space. The lead grew still further when replacement Dan Bishop barged over after more good continuity.

IW now led 29-10 and victory seemed more than likely, but they were served a reminder of the danger of their spirited opposition, who executed a power play from a setpiece and scored an impressive seven pointer to give themselves hope. Ultimately, Alresford never had enough sustained possession to make IW truly sweat, although the last 15 minutes were played with uncontested scrums due to an Alresford injury. Huish kicked another penalty to extend the lead, and Dan Bishop crossed the whitewash for his second try towards the end to assure the win. Huish converted four of the five tries, and IW celebrated the win with gusto.

The seconds host their Locksheath Pumas counterparts next Saturday, while the firsts entertain Overton, both matches at Wootton Rec kicking off at 3 pm.